Report Someone to the IRS for Fun and Money

Who are the Internal Revenue Service's favorite superheroes? The X-Men.

The IRS loves to hear from ex-spouses, ex-business partners, and ex-employees about taxpayers who may not have fully met their federal tax obligations. Did you know that you can get money for reposting someone to the IRS?

That's right - the IRS has official “Whistleblower” programs that reward people for reporting their fellow taxpayers.

The IRS Whistleblower Office pays money to people who blow the whistle on persons who fail to pay the tax that they owe. If the IRS uses information provided by the whistleblower, it can award the whistleblower up to thirty percent of the additional tax, penalty, and other amounts it collects.

The IRS only pays awards to people who provide specific and credible information and that information results in the collection of taxes, penalties, and interest from the target taxpayer.

Internal Revenue Code IRC Section 7623(b) provides for two types of awards. If the taxes, penalties, interest, and other amounts in dispute exceed two million dollars, and a few other qualifications are met, the IRS will pay fifteen percent to thirty percent of the amount collected.

If the case deals with an individual, his or her annual gross income must be more than two hundred thousand dollars. The IRS has another award program for whistleblowers who do not meet these income thresholds. The awards through this program are less, with a maximum award of fifteen percent up to ten million dollars.

If you decide to submit information and seek an award for doing so, you can use IRS Form 211. The same form is used for both award programs.

However, anyone thinking about submitting a 211 whistleblower form will want to consult with a qualified tax attorney for two main reasons.

The first reason is that a qualified tax attorney can make sure that the Whistleblower will not be subject to blowback from their whistleblowing activities. Many “exes” may be jointly liable for the very taxes that they are providing the IRS information about.

Most clear-thinking people would not want to engage in the tax equivalent of a murder-suicide pact. A qualified tax attorney would also help in guiding the whistleblower through the procedural steps of the whistleblower program.

Also, do not think that Whistleblower programs are a way to get rich quickly. In a 2010 GAO report to Congress on the program, the IRS said whistleblowers are told that completing a claim could take five to seven years and sometimes longer. Of course, most whistleblowers are motivated by “doing the right thing” and not by revenge on someone who wronged them.

On the other hand, the Whistleblower programs are a reminder that you should not play fast and loose with federal tax rules, especially if there are others around who can drop a dime on you later. Information is the most valuable commodity; don't give it away to someone who can use it against you later.

This blog contains links to other third-party websites. Such links are only for the convenience of the reader, user or browser; the Law Office of Pietro Canestrelli, a Tax Controversy Boutique, APC, and its members do not recommend or endorse the contents of the third-party sites.

Thank you for contacting us. We will get back to you shortly.

Please complete all required fields below.

The Law Office of Pietro Canestrelli is committed to answering your questions about tax controversy and business law issues in California.

We offer a free consultation and we'll gladly discuss your case with you at your convenience. Contact us today to schedule an appointment. 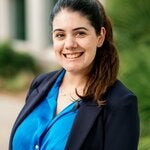